This corner of the former Pantlind Hotel has served as a bank, several restaurants, a dance hall, and most recently a storage facility. Although neglected and abused, the building owners wanted to restore the space to it’s former grandeur. A primary challenge of this renovation was restoring the beautiful ceilings and intricately carved railings and columns. The finished product is an outstanding example of Michigan craftsmanship and creativity. As an example, over 500 spindles were custom carved to match the original design as they were no longer manufactured. The ceiling had been coated in dust and grit from over 50 years of stagnancy. A special solution was created to clean this surface without destroying the gold trim and original detail. Upon completion in April 2001, the room was open to the public and received many accolades including a Construction Award of Excellence from the Associated Builders and Contractors. It is a truly remarkable banquet facility. 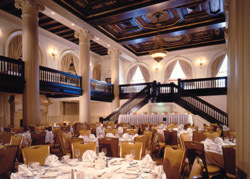 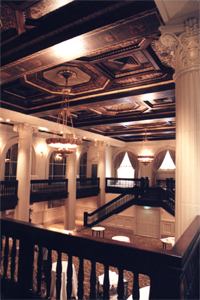 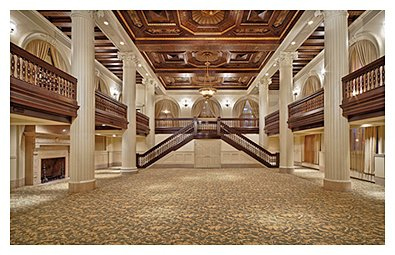 Stay updated with our latest news.